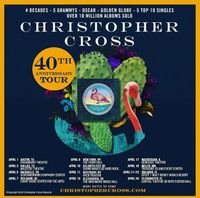 God And My Girlfriends was written back in 2008 with my two friends, Lisa Hentrich and Patricia Conroy. We had a writing appointment at 11:00am one Thursday morning and I was running late because i had gone to an early morning Women’s Bible Study at the home of my friend Lisa Syler. As I run into the writing room with my guitar on my back and apologies for being late spewing to the girls, I said something like, “I’m so sorry I’m late!  But you know, you have to make time for God and your Girlfriends!”.  Immediately following that statement Patricia’s eyes got big and she said, “Wow!  You aren’t going to believe one of the titles I brought in today to write!  And yes, there it was, already written down on paper, “God and My Girlfriends”.  I think at that point Lisa said, “Well clearly we know what we are supposed to write today!” and we all laughed and jumped on it.

From my recollection, the song came out pretty quickly and our publishers loved it enough to get it demoed quickly as well.  The word was out that Reba McEntire was looking for songs for her new record and we just KNEW that this song was perfect for her.  We pitched it to her immediately after we recorded the demo and she put the song “on hold”.  That doesn’t really mean a lot these days, but back then, an artist only put a song “on hold” if they were seriously considering it for their project. And in return, the songwriters/publishers would not pitch it to anyone else until they had the option to cut it first. I’m not sure that happens much these days, but for years, that was the protocol.

Reba had the song for a few weeks, and even called over one day when she was in the studio recording the record to get the official lyrics sent over. We were thrilled as that seemed to be a clear indication that she was going to record the song. But we were wrong. She did NOT record the song for that album and we were bummed.  But God’s timing is perfect… and 9 years later, Miss Reba tracks down our little song and records it on her first faith-based CD, “Back To God”, which came out in February 2017!  We were shocked and thrilled and it’s so exciting to finally hear her voice on the song that we all were SURE was meant for her to sing!

It’s funny that I was being drawn to record MY first faith-based CD at the same time and of course I had already tagged “God and My Girlfriends” to be on my own project too.  I guess Reba and I were both feeling like this world could use some music filled with HOPE and God was stirring in both of our hearts to make some music that might give that.  Anyway, after her version came out, I debated whether or not I should include it on my record, but ultimately decided to go ahead and record it.  I used to love hearing the original songwriters versions of songs, so I hope maybe some of you will enjoy hearing my “take” on the song as well.

I know he was made just for me

He gives me love, more than enough

But way before he came along

There was somebody else making me strong

There is no doubt – I’d be nothing without

CH: GOD AND MY GIRLFRIENDS

THEY’RE ALWAYS THERE WHEN

I’M FEELIN’ DOWN, ALWAYS AROUND

I LOVE HOW THEY KNOW ME,

FORGIVE ME AND SHOW ME

AGAIN AND AGAIN, I CAN DEPEND

(on) GOD AND MY GIRLFRIENDS

They were there when I walked down the aisle

And again when my first baby smiled

What would I do if I didn’t have

Anywhere, anytime of the day

Just a prayer or a phone call away